One-day workshop on “Skill Enhancement” organized for students of the School on 19.08.2015. The event was organized in remembrance of Dr. A.P.J. Abdul Kalam.

Interface is a technical fest conducted by School of Computer Sciences, in association with Computer Science Students Association (C$$A). The first edition of Interface was released in the year 1996 with Coding, Paper Presentation, System Analysis and Design as the events. Each year various new events were added. This year 2017 the 22nd Interface comes with handful events like coding, quiz, Design, paper presentation, gaming etc. Interface 2017 will be conducted on 8 and 9 December 2017 at School Of Chemical Sciences Auditorium.

IT Glimpse is the annual technical publication by C$$A with articles and papers from the students, research scholars, alumni and the faculty. In addition to covering recent trends, technologies and research developments in the area of computer science, the publication also aims to highlight the activities of the students of the school. 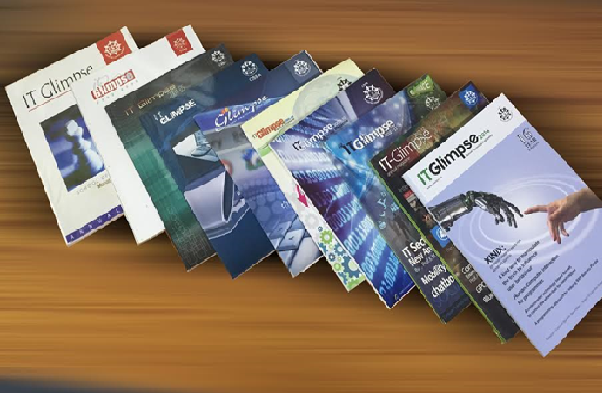